PAS reiterated and reconfirmed its stand that its president Abdul Hadi Awang would be Prime Minister if the opposition unholy alliance of Pakatan Rakyat (PR) wins the coming general election.

The party has always wanted its president to be Prime Minister no matter what others say or feel and in this case, whether it has struck a sensitive cord in the opposition alliance or not, it does not care.

And about the theology state and Hudud, despite not mentioned by Hadi in his presidential address that stated its policies, the party assembly through its Syura Council, the highest policy making body of the party, it stated that PAS would continue to pursue its objective of creating a theology state – Islamic state.

It short, the party will continue its objective and will make sure the party president become Prime Minister despite any opposition if there is any from its partners DAP and PKR.

In short, PAS is telling Anwar Ibrahim that he can kiss goodbye to his dream as PAS is not going to trust him to be the Prime Minister.

The situation, despite being 'played down' by the leaders of the three opposition parties, is 'bad' as Anwar is determined to be the Prime Minister no matter what it takes.

Anwar would do anything to be in Putrajaya and he has given 'his all' to achieve this aim, including 'selling off' his soul to foreign masters and 'making deals with even the chauvinistic DAP.

Anwar must be very angry at PAS resolution and this is not the first time because before the September 2008 attempt where Anwar had promised the world that he would be Prime Minister, PAS had stressed that if the coup was to succeed the Prime Minister would be Hadi.

It was learnt that in the meeting just before the September failed coup, only Anwar did not attend as he knew PAS had already made its stand.

That was why in 2009, Anwar planted his people who are in PAS to take over the leadership in the party election that year which saw Nasharuddin Mat Isa lost to Anwar's proxy Mohamed Sabu as deputy president.

Sent from my BlackBerry® smartphone powered by U Mobile
Posted by SRakyat at 14:51 4 comments 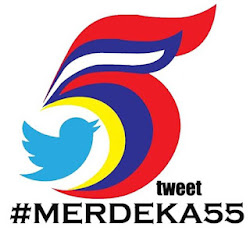